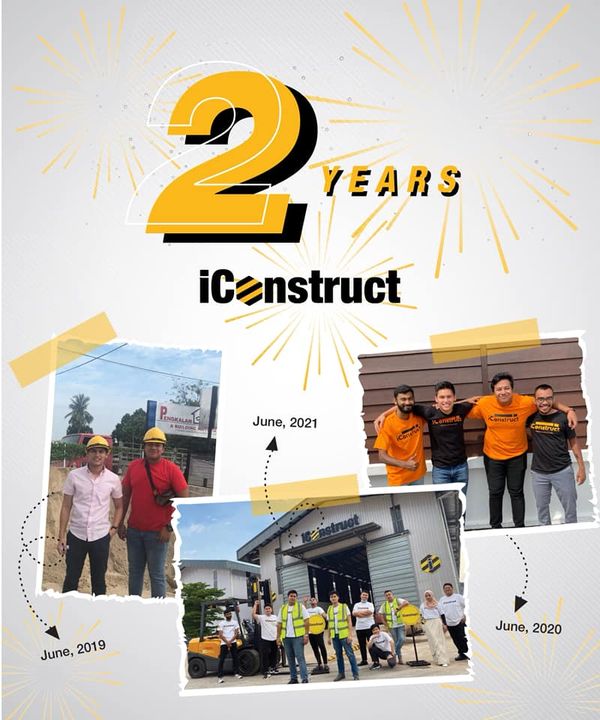 iConstruct started by two founders, Taquiddin & Hasif who were high school friends since 2013. On 2nd June 2019, Taquiddin met up with Hasif in Ipoh and discuss about ‘ an idea ‘.

It was on a Saturday afternoon, the founders met up at their high school which is STAR, Ipoh.

We went back to our alma mater, sat down under a tree, in front of the Headmaster’s office and talk about this idea of bringing building materials online.

Simple idea, it was to sell building materials online to contractors and we wanted to bring this traditional brick & mortar industry online.

At that time, Hasif was already running his hardware retail business in Ipoh while Taquiddin just graduated from university. Both of them were just 23 years old

In the first month, it was a two man show, just the founders. We went down to the ground and speak to almost hundreds of contractors and suppliers.

Back then, our focus was to validate wether the idea of selling building materials online can be done.

It was a very tough to start. When we approached about 50 suppliers to partner up, we got rejected by almost every one.

Contractors were also sceptical to purchase materials online because they were very used to traditional way of buying through visiting retail hardware shops. It was a tough ride but we stayed strong and believed in the idea.

We have grown through leaps & bounds at iConstruct. In a span of two years, we had :�

✅ served hundreds of contractors online
✅ executed over 10,000 orders
✅ build a team, from 2 people to 15 people now
✅ warehousing
✅ formed a network of logistics

We are only 1% done. iConstruct aims to build a technology enabled building materials platform for contractors with the right infrastructure around it.

Our mission is big, which is to empower tens of thousands of contractors to procure their material needs online and make an impact in the building materials industry in Malaysia.

Thanks to all of our supporters and customers. Not to forget, our early investors WatchTower & Friends (WTF) & Bawatana who literally invest in us with just an idea and a nice pitch deck.

�Watch out for us, this year will be another exciting year for us despite the pandemic. We will be rolling out new products and technology for our customers and partners to provide the best customer experience for contractors.